Johannesburg, 11 April 2019 – The Mzansi Youth Choir had the privilege of performing at the Arab and African Youth Platform in Aswan, Egypt. Held over three days in March, the event was founded for youth in both regions to share and exchange experiences under the auspices of Egyptian President Abdel Fattah el-Sisi.

The Mzansi Youth Choir was established in July 2003 with the aim of giving talented, underprivileged teenagers and young adults aged 14 to 24 the opportunity to perform locally and abroad. “To date the choir has travelled to many countries in Europe, as well as Russia, Canada and the United Kingdom, and we plan to have many more performances worldwide,” says the choir’s Music Director James Bassingthwaighte.

The recent trip to Egypt saw the choir perform for an audience of 2 000 people from Africa and the Arab world, including future leaders, key policy- and decision-makers and the Egyptian president during the opening ceremony of the Arab Africa Youth Platform. “It was an incredible experience for the choristers to be part of such an inspirational and educational forum, where decisions made here could have a positive outcome on all their futures,” notes Alfred Phakati, Artistic Director. The choir made such an impression on the Egyptian president that he invited them to stay on and also perform at the closing ceremony, which was held for the second time in Egypt since its inception three years ago. This international forum hosts a wide range of participants, including heads of states and government, international and inspiring young leaders and prominent international figures from around the world.

The visit to Aswan on the east bank of the River Nile enabled the choristers to get a taste of the deep history of this ancient city. The choir also gave did an impromptu performance among the temples and pyramids in Cairo, which will be a momentous memory for many. “This trip has opened my mind and eyes to how important we as Africans are and how we can be part of changing our future for the better,” says Babalwa Maqungu, Head Chorister of the choir.

And back in South Africa the choir stretched its international connections even further, hosting the Academic Male Voice Choir of Helsinki during its tour of South Africa in March. This Swedish-speaking choir, is based in the Finnish capital Helsinki, and has a rich traditional history spanning over 180 years. The Mzansi Youth choir did a joint performance with them at the historic Regina Mundi Church in Soweto, followed by a workshop together at the University of Johannesburg.

During a very busy March the choir also performed at the signing of the Code of Ethics by all political parties at Gallagher Estates, for the elections and on 30 March at the Linder Auditorium as part of the Choral Celebration Network Festival 2019. They had a fantastic time being part of this incredible festival that prides itself on embracing diversity, celebrating choral music and creating choral networks. The choir performed along with five other choirs from Sound of Nations, Vivacious Sound, Quava Vocal Group, Kingsmead College and Randburg Mannekoor.

The Mzansi Youth Choir strives to open doors for the choristers while giving top-notch performances to its ever-changing audiences and looks forward to more life-changing experiences. 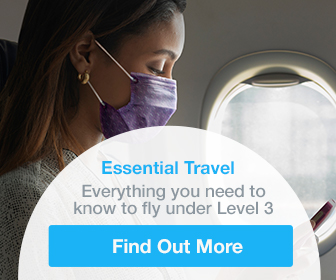 TREAT YOURSELF, GO ON!